Mathura is a well-known religious pilgrimage centre for all Krishna Devotees of the world. A lot of temples and ghats here depict the stories of Krishna’s various life events. Amongst these, a very different place that is also a landmark of religious and spiritual upliftment known as Akhand Jyoti Sansthan was established. 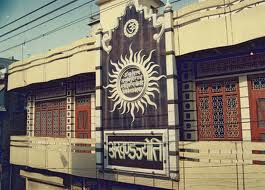 Akhand Jyoti Sansthan is the epic organisation of Gayatri Parivar situated in Mathura, Uttar Pradesh. At this place Gurudev Shriram Sharma Acharya lived for around 30 years and recited most part of his recitation of 2.4 million Gayatri Mantras (known as Mahapurascharans) in a year. From this place, he also took part in India's struggle for freedom and launched the principal magazine for Yug Nirman Mission naming it "Akhand Jyoti" - the source of spreading the divinity of God in the form of light.

Pandit Shri Ram Sharma Aacharya, popularly known as Gurudev among his disciples, was born in Anvalkheda village near Agra, UP in 1911. He started living at this place with very limited resources and one Akhand Deepak (Deepak that keeps on lighting indefinitely). From here only, he gradually intensified the relationship of love and intimacy with god as well as started spreading the revolutionary thinking during freedom struggle to common people.

This staggering purpose was accomplished by the monthly magazine 'Akhand Jyoti', that was started by Gurudev, earlier, when he lived in Agra. He wrote personal letters that touched inner consciousness of people and through these letters, Gurudev initiated the seed for a great establishment. At this Sansthan he met many anguished and stressful people and gave them new lightning power in their lives. They were also provided with food and prashad from Gurudev and Param Vandaniya Mataji, thereby becoming subsequently like family members of Mataji and Gurudev.

At this time, the 'Akhand Jyoti' magazine was printed on small machines operated by leg on manually prepared papers. In a room nearby, the Akhand Deepak was kept lighted continuously. Gurudev edited and prepared “Akhand Jyoti’ as well as other Magazine named ‘Yug Nirman Yojana’ magazines from here. Gurudev received a lot of letters from readers of these books to Gurudev. Vandaniya Mataji read these letters to Gurudev and he replied all those letters. In this manner, gradually a family started to evolve as of Sadhaks and readers. At this time, Guruji thought of building ‘Gayatri Parivar’. Various efforts to increase and expand this family was solemnized in this Sansthan. From 1942-43 to 1973, Gurudev did Sadhna in these two rooms of the Mansion or Sansthan.

For Gurudev, writing is also one part of his Sadhna. He did not take even water until he finished writing the matter appropriate for printing. As a result of this undying labour, complete commentary on Arsh sahitya meaning Vedas, Purans, Darshan, Upanishads, Gayatri Sahitya was written in easily comprehensible language at this Sansthan. The whole building is now remodeled. Also it is well supported now. The place where Akhand Deepak was kept lighted is converted to the room of worshipping. Although, the exteriors of the building have been changed, but as soon as one enters, the whole vision of Guruji and Mataji is clearly evident everywhere.

Guruji finally departed on the auspicious day of Gayatri Jayanti on 2nd June 1990, but left a staggering source of enlightenment and wisdom in the form of around 3200 books written by him on various subjects.

Akhand Jyoti Sansthan, even after the demise of Guruji, is still expanding and enlightening the path of millions. It has now adopted Seven Point Program namely

There are a number of Hotels near to Akhand Jyoti Sansthan in Mathura that are suitable for every Pocket. Ghiya Mandi hosts few rest houses as well which are economic then Hotels. Budget rooms are available around 499 INR for one night while Deluxe room will cost around 1100-1500 INR.

Auto, rickshaw and taxis are easily available for Ghiya Mandi. Hotels can also arrange for a visit to Akhand Jyoti Sansthan if asked for.