Basantar Park is one of the main parks of Mathura city. It is situated on the sides of River Basantar. This river is a small tributary coming from River Ravi in Punjab. It is a beautiful landscape garden that spreads in wide areas and hosts lots of greenery, always affluent with seasonal flowers and various swings and gaming areas for kids. The park is always full of tourists as well as local residents, attracting them to its beautiful scenery. Located at the distance of around 4.5 kms from Mathura Junction Railway Station, it lies very close to State Highway no. 33. Not far from city, it is also one of the most revered weekend spot for picnic for kids and whole family in Mathura City. 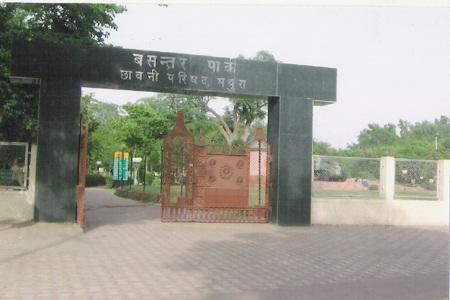 This Park was conceptualized as a memorabilia of the victory of India at Basantar, a battle fought between armies of India and Pakistan in the month of December 1971, for the freedom of Bangladesh. Also known as battle of Barapind, it was one of the important battles fought in western sector of the country. The name actually engulfs an entire series of battles fought in the Shakargarh bulge. This area was of strategic importance for both India and Pakistan as it included road links to Jammu and if these links would have been cut off, the road links to Jammu and Kashmir from India would be abandoned and Pakistan could have easily invaded this state.

By the heroics of Indian Army, after some days of fighting intensely, the Army pushed back Pakistanis and launching forward, came very close to captivate Sialkot in Pakistan. This is one of the most surprising and humble defeats of Pakistan very similar to the Battle of Longewala. Even after having higher artillery and man power, the opponents surrendered in front of Indian Army.

The Park was constructed at Army cantonment area to honor this particular victory and salute the bravery of Indian soldiers. In this war alone Indian army destroyed around 70 Pakistani Tanks and losing only a few of its own. 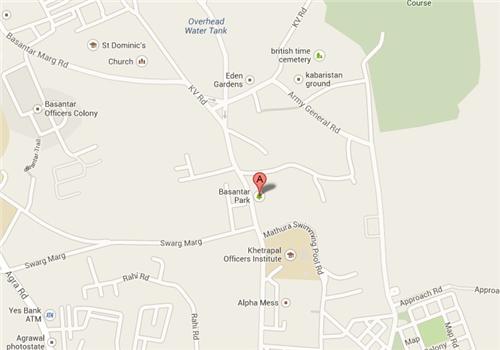 Basantar Park being situated in proximity to Army cantonment, one wouldn’t be able to find accommodation near it, so it is better to stay at Mathura City which has a number of Hotels, Guest Houses and Government Hostels that suit every budget and requirement.

Basantar park is around 4.5 kms from Mathura Junction Railway station. This can be reached through an auto, cab, bus or Rickshaw. The hotel you are residing in can also arrange vehicle for you. Turn westwards from Mathura Junction railway station and after some distance turn on Mathura-Hathras Road at SH-80, go for around 1.6 km, again take a right turn at Chandra technologies and go for around 1.5 kms straight. At the roundabout, take second exit and move towards Army Cantonment main road, then turn right at BSNL Office onto Basantar Marg Road. This road turns right slightly becoming KV Road and after driving a short distance, Park is on the left side.