It is necessary for each place to have some important source of business and economy so that it can sustain its inhabitants. The Mathura city or district has plenty of such options available.

Dyeing and printing of cottons seem to be the biggest business of Mathura. It is almost a household activity. The textile printing industry is a thriving industry of Mathura with the printing of cotton saris being done on a massive scale. The textile printing is inclusive of sari printing on a large scale as also dyeing of large bales of cloth in vegetable as well as industrial and chemical dyes. Mathura has been renowned as one of the largest centres for the production of bleached cotton materials. The dhotis for men in Mathura, bleached white cotton saris for women and the while cotton thick ‘niwar’ or carding for the making of beds is also manufactured in Mathura. 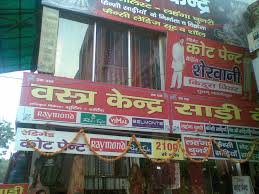 This sector forms the largest scale of involvement of the people of Mathura. It is the renowned hub for milk based products like curds, lassi, processed cheese and paneer (cottage cheese) along with a massive variety of sweetmeats. The world renowned Mathura peda is manufactured and packaged for the entire world from this location.

The larger part of Mathura’s economy and business interests rest on the viability of its refinery that was established some time ago but ran into hot waters almost as soon as its inception. The concerns were mooted by environmental specialists that the refinery may not be having a detrimental impact on the immediate environment and especially the world heritage site, Taj Mahal, that was located some kilometers off. These concerns were quite genuine at the time as the Mathura refinery was easily one of the biggest in the Asian world. It is a state of the art refinery working on a highly technically advanced methodology for the first time in the Asian sector. Therefore, it goes to the credit of the planner of the refinery that it is the first in Asia and the third in the world to have obtained the much coveted ISO-14001 certification for Environment Management Systems in 1996.

Mathura refinery is one of the unique modern complexes of the world that has received the coveted award for preservation of the environment while doing its industrial activities. The responsibility of looking after the environment along with conducting the designated activities successfully is indeed a most commendable task and Mathura has managed to do it in deference especially to its status as a holy city and a city on the tourism circuit of the world heritage site, the Taj Mahal.

Thus, besides being a major tourist attraction and one of the most significant pilgrimages in the country, Mathura has a firm footing in the world of business and economy as well. No doubt that the hospitality industry too would be grossing in profits all the year round when there is a steady flow of tourists and pilgrims to Mathura and the sales of various items that are oriented towards the pilgrims are sold. There would also be a thriving industry in the travel and transportation sector as well because tourists and pilgrims would definitely like to acquaint themselves with the entire area and see whatever there is to see once they have come to the holy city and have paid their obeisance to the Lord.