There are several courts in Mathura for different section of crime and misconducts. A court is basically a governmental institution which is established to cope with the crime and disputes taking place in the society. It is a legal body that is established to maintain law and order in the regions and establish peaceful environment. It decide the legal and illegal acts of people and the judgment is based on the proofs of the acts available in the court. Judge is the supreme in the court and his decision is to be followed by the parties involved in the hearing. There are several courts such as criminal court, civil court, consumer court, family court, Juvenile court, labor court, etc in Mathura city. Therefore, the case relating to particular section has to be brought to the notice of right section of the court. 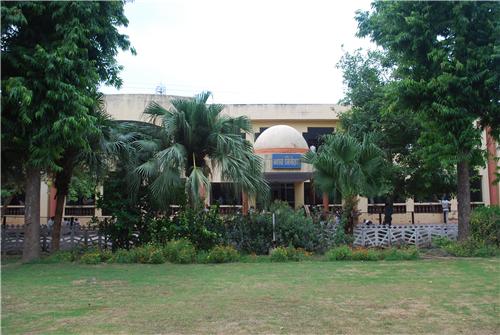 Earlier, the district Munsif court of Mathura was located near the district civil hospital. Later on it was re-located to new place in 1902 which is known as the old Munsifi compound which is opposite of the judgeship. After some time the court was divided into two sections one was civil court and other was Additional session judge. The first session in the court was started in 1951 where Sri Girish was the first session judge. This Mathura district has 4 Tehsils and their names are Mant, Chhata Mahavan and Sadar. This court can be contacted at the below address:

Old Munsifi Compound
Opposite of the judgeship, Mathura - 281001
E-mail.: dcmat@allahabadhighcourt.in

In the present world consumer is treated as the king. They have full right to file a case against the company if they get any damage product and the company is refusing to replace the same. They can also file a case in consumer court if there is any issue with the quality or service of the company and the company does not fulfill the specified requirements. Mathura Consumer Court is located at the below provided address:

There is a specific time line within which the case can be filed in the consumer court in Mathura. After identifying the manufacturing defect in a product consumer can complain the same with the shopkeeper and shopkeeper has to reply within the 15 to 45 days regarding the complain. Any customer can file a case in consumer court of his nearest location. If shopkeeper does not give positive or satisfactory reply, consumer can reach the consumer court in Mathura. Filing a case is very simple, consumer has to keep all the required documents that supports his problem in the court. He needs to send an official communication letter to the company or shopkeeper against whom the case is filed. There is a specified format of filing an complain in the court which has to be followed and the required fee has to be deposited.

Mathura has a family court to deal with the family matters. There are several family matters such as divorce, property disputes, marriage verification, nullifying the marriage, etc. These matters cannot be resolved in the civil or criminal courts. Hence, family court plays an important role in handling and resolving the family disputes.

Thus, these are the basic and important courts available in Mathura where grievances of any kind can be addressed.

Explore more about Administration in Mathura