* In case of any delay in receiving the OTP, you may verify it later. Please proceed without verification.

Mathura is one of the holy places that are known as the birth place of Lord Krishna. This city is situated on the banks of river Yamuna which also holds the history during Krishna's time period. It is located almost 145 kilometers away from Delhi, the capital of India and 58 kilometers away from Agra. It attracts tourists from all over the world to see its beautiful temples, shrines, Rangbhoomi and Government Museum. This city is known for its culture and civilization of around 3000 years. Since that time, this city is blessed with the creative arts and paintings. The Government Museum in Mathura holds all sort of creativity in terms of art and culture, therefore, it is popularly known for its art and architecture along with information that throws light on various art forms and popularizes this place as the best tourist place to visit in India along with other tourist places such as Agra, Delhi, etc. 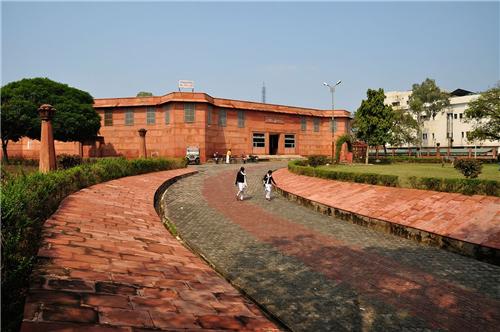 Government Museum in Mathura is well-known for the incredible art and architecture. It is famous for ancient sculptures of Mathura school of art dating from 3rd century to 12th century. This museum was founded in 1874 by Sir F.S Growse who was the collector of Mathura district. It is also known as the Archaeological Museum. The importance and beauty of the museum lies in the valuable things it contains that can be in terms of art, culture, scripts, currency, etc. It has great collection of sculptures which belongs to the Mathura school of art, several ancient coins, paintings, transcripts and other valuable things from all around the region of the period from 3rd century to 12th century. The Government Museum has the artifacts of the Gupta and Kushan kingdoms, as they were more prominent in this region and the districts of Mathura. Famous collection of dazzling ornaments, terracotta sculptures and bronze objects are the most appealing in this museum. 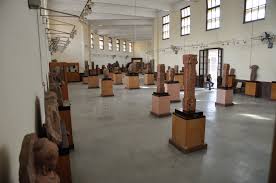 Further, any information regarding the history and timing of this Government Museum in Mathura can be extracted by direct contact at the below provided address:

Visiting hours: 10.30 am to 4.30 pm (Closed on Monday and every second Saturday along with national holidays).
There is an entry fee of 25/- Rs for foreign visitors and 5/- Rs for Indian visitors.

Hence, Government Museum in Mathura is one of the best tourist places in Mathura and will surely enhance the knowledge of history along with the culture and tradition which prevailed in the ancient time during different civilization in India. This is the place where all the precious moments of the cultural changes that took place during different regions in India are captured under one roof. It is advised to tourists to visit this place once they get chance to visit Mathura, along with the beautiful temples devoted to Lord Krishna.