The mythological Suryavanshi and Chandravanshi lineages have ruled over Mathura at different times and the architectural wonders that remain are a reminder of later kings who came and left their mark on the Mathura landscape.

Located on the banks of the holy River Yamuna, Mathura has attained for itself the immortal title of Brajbhoomi or the anointed birthplace of Lord Krishna. No doubt Krishna grew up through his youth at Vrindavan but the place of his birth remains Mathura. Lord Krishna was born in the dungeons of the citadel of King Kansa, the evil brother of Devaki, the mother of Lord Krishna. Devaki and Vasudev, his father had been imprisoned on their nuptials when there had been a prophecy that the one who will vanquish and kill Kansa would be Devaki’s eighth born. 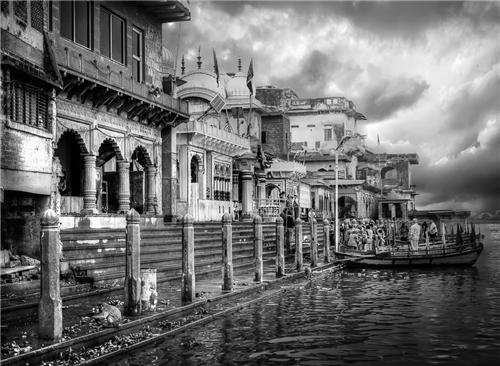 Thus, despite loving his sister greatly, Kansa did not waste time and locked up both his sister and her husband in his dungeons. It is another story, however, how, Lord Krishna was transported out of the prison and to the safety of Vrindavan and the arms of Yashoda and her consort Nand Baba across a Yamuna in spate carried above the head of Vasudev.

Buddhism and Mathura School of Art 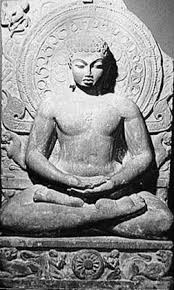 During the reign of King Ashoka, Mathura came under the Mauryan Empire. The benevolent King, a devout Buddhist, built many Buddhist stupas and monasteries in the Mathura region during the 3rd century BC. Thus, during those days Mathura was a renowned seat of learning for Buddhist teachings and culture. During the time period of 1st century BC and 1st century AD Mathura was a significant centre of the arts, architecture and sculpture. These later came to be distinguished as the distinctive Mathura School of Art which is renowned the world over and has been studied by many an avid scholar of the arts.

Lord Buddha had visited Mathura only once during his life time but Buddhism flourished in the region well into the 9th century. The Chinese traveler Fa Hien had visited Mathura and described that there were twenty monasteries, three stupas and five Deva Temples venerated by the Buddists in the area.

To this day the Archaeological Museum of Mathura holds a huge collection of the period with bodhisattvas and sculptures of the Buddha holding pride of place among the several pieces forming the rare collection of the Indian and Indo-Scythian influences on the art that came to be known largely as the Mathura School of Art during the Kushana period because of their great attention to detail.

Decline of Mauryan Empire in Mathura

Gradually the Hinduism stronghold took over Mathura area after the Maruyan empire fell and till the 11th AD there was steady growth. Then Mahmud Ghazni attacked and ransacked the kingdom in 1018 AD. He destroyed many of the Buddhist and Hindu temples. The city reeled under the plundering and pillage and took its time to come to terms with its old majesty and current ruins. It is recorded that it took his men 20 days to complete plundering the city and collect together 100 camel loads of gold, silver and precious ornaments that they stole from the temple of Mathura. They took thousands of people as slaves and even took away about thirty million rupees in cash and gold coins.

The recorded history states that at least three statues of deities, standing about 15 feet high and which were made of pure gold and had huge diamonds set in their eyes were uprooted and carried away by. Ghazni and his horde besides historians from several regions recorded the wealth and exquisite beauty of the workmanship of the Indian artisans. During this period before the advent of British Mathura had seen a period of growth under the Hindu rule whereby the Hindu rulers built many temples and refurbished the ghats with beautiful balconies or ‘jharokhas’. Thus, the history of Mathura is a checkered history of triumph and subjugation where it has periods of growth interspersed with regular waves of invasions and plundering.

To this day, however, Mathura remains the city of salvation for the common man as this is the birthplace of Lord Krishna and also the holy ground on which he had won the battle over evil in a final fight against the evil King Kansa. He reinstated his maternal grandfather on the throne and then rested on the sacred banks of the Yamuna. The city symbolizes the victory of good over evil and is also an embodiment of every mother’s wish that her son to free her from the fetters of drudgery and ignominy like Lord Krishna had done for his mother.