Mathura is one of the most famous religious and pious cities of Uttar Pradesh. Along with several ghats and temples, there are other places of interests as well. Mathura Refinery is one of them.

Mathura Refinery is the sixth Refinery of Indian Oil Corporation. This Refinery is situated at Delhi-Agra National Highway and is around 154 km from the Capital, Delhi. Smt. Indira Gandhi, then prime minister of India laid the Foundation of this Refinery and the construction was started in October 1972. It was commissioned in January 1982 with a cost of Rs. 253.92 Crore and an initial capacity of 6.0 MMTPA. It was established with the purpose to meet the demands of North and western parts of the country including NCR. 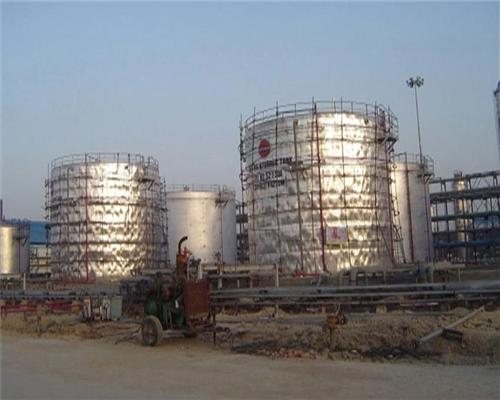 The FCC Unit and Unit for Sulphur recovery were started in January 1983. Later on many other units were added to this Refinery, including a DHDS unit in 1989 which produces HSD with very less Sulphur content. The refining capacity was also expanded to 7.5 MMTPA by the process of revamping and debottlenecking. Other units that were included later are FCCU (Unit for Fluid Catalytic Cracking), VBU (Unit for Vis-Breaker) and BBU (Bitumen Blowing Unit). The Technology for these units was imported from USSR. Some other units were also added to the plant gradually. Presently, its capacity is 8.0 MMTPA.

Mathura Refinery is used to process low Sulphur crude of Bombay High as well as imported from Nigeria, high Sulphur Crude imported from Middle East. It has its own power plant which was started in various phases, starting from 1997 and continuing till 2005 including commission of 3 gas turbines and HRSG. Considering the environment issues, it uses Natural Gas as a source of fuel.

Even before its inception, four air monitoring stations were set up to monitor the environment and archeological sites. Since this Refinery is very close to Taj Mahal in Agra, there has to be extra efforts to keep environment cleaner so that there is no damage to this world famous monument. The Refinery has planted more than 1,67,000 trees in Refinery and township and 1,15000 trees near Taj Mahal in Agra. Even within the Refinery, there is an Ecological Park spreading across 4.45 acres.

The management of Refinery has taken several initiatives for environment safety and to protect National Monuments around Mathura city. Most of the research done here is with the aim to produce more clean fuels, producing highly pollution free petrol and diesel. The Refinery has the distinction of the first Indian Refinery that produces auto fuels meeting to Euro-III norms. It is also the first Refinery in Asia to receive ISO-14001 certification in 1996. Also it is the first Refinery in the world to receive OHSMS certification that is given for Safety Management in 1998.

Mathura Refinery is located at NH-2, around 9 km towards west from Mathura Junction Railway Station. One can hire auto or cabs to go there. Hotels can also arrange for conveyance if asked.

Explore more about Business in Mathura