Mathura a name that is synonymous with Brajbhoomi. Being the birthplace of Lord Krishna the city attracts many a devotees and pilgrims from every corner of the planet. A small trip around the many temples and you can see many foreigners clicking photos but the photographs forget to capture many important problems of the city. They forget to capture the plight of the aged, the cries of the orphaned children and the deteriorating condition of the city. 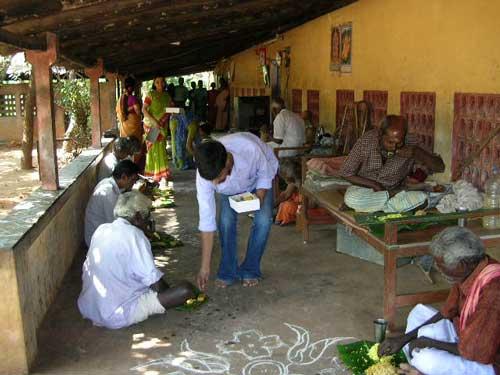 Located 50 km North of Agra, the city of Mathura is filled with songs of his childhood mischiefs and the story of how Lord Krishna defeated his evil uncle and rested here at the Vishram Ghat. A visit to Vishram Ghat will shock you at the dirt flowing through the Yamuna River and the numerous people bathing in it. Being a religious city of the third largest religion, Mathura has always been awarded with a lot of tourists. Tourism does bring in a lot of money but the money isn’t enough for the half a million population of Mathura. Once the economic hub of many dynasties such as the Mughals and the Mauryans, the city now lies in want of desperate attention and financial aid.

Many private and government-run organisation have come around the city which takes care of the aged, the young and a few for the disabled. Organisations both from India and outside have sprung up to help speed up the process.

Organisations for the Disabled in Mathura

Kalyanam Karoti in Mathura is a well renowned NGO for the disabled. The organisation is completely dedicated in the service of the disabled and complete eradication of blindness in particular and service to the society in general. They have established many hospitals such as the Sriji Baba Eye hospital, Kalyanam Karoti Polio Hospital, Special School for Mentally Retarded and many more. These hospitals are aiding the underprivileged to become self-dependent and an integral part of the society of Mathura. The organisation also conducts many workshops to ensure the disabled with equal opportunities in the society.

In Mathura 60 percent of women are senior citizens. Most of them have been left behind by their sons who found it a burden to take care of their own mother. The destitute women of Mathura are completely dependent on the state, the bhajan ashrams and the pilgrims. The pilgrims provide these women with money, clothes, blankets and the state helps by providing them shelter and health care. A recent survey by the National Commission of Women states that less than 50 percent of the women have been living in rented apartments. These old women live on streets and have to reply upon the temples and the pilgrims for their daily bread.

There are a few private and public organisations taking care of the aged in the city. These societies aim at proving good living conditions, food and medical care to the senior citizens. The health care has increased manifold at these places in the past few decades and has moved on from basic health care to specific area of age care.

Organisations for Children in Mathura

In 2012, a report published by Deccan Herald showed the scandalous state of Mathura’s child welfare system. 35 inmates had just 3 rooms to live in and only a few had a bed to sleep. Since then many more institutions have come up and the Government of Uttar Pradesh has taken special care to make sure the Krishna Janma Bhoomi doesn’t get popular for the wrong reasons. Their goal is to provide education, shelter and food for the proper development of the children and make the self-reliant and ready to face the world coming up beside them. Following are some of them.

Although there has been a surge in these organisations, the city demands some urgent attention for its residents. Here are a few more organisations and ashrams in Mathura.