The holy city of Mathura is considered to be the third oldest inhabited city after Rome and Kashi. It is the birth place of Lord Krishna. The marauding troops of Huns, Afghans and Mughals plundered and devastated it umpteen times in the past. It rose like a phoenix again and again. The city is believed to be under the protection of Lord Krishna. Nothing can keep it down for long.

The city has a unique location. It is just about 164 km from south Delhi, 55 km from Agra, 65 km from Fatehpur Sikri and 10 to 50 km from most of the major attractions of Brij bhoomi like Barsana, Govardhan, Vrindavan, Radha Kund, etc.

There are a number of getaways around Mathura. Those who are not too lazy to drive have a vast area to choose from. Some of these places are worth visiting on weekends. 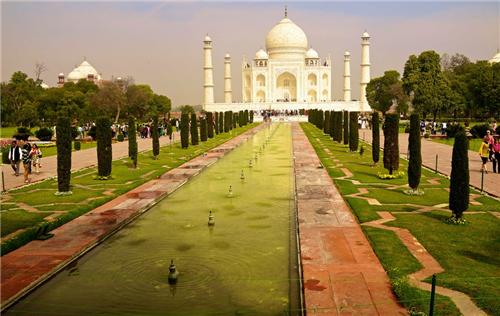 The historic city of The Taj is about 55 km from Mathura. It is a well advertised and popular place to visit near Mathura. Those who do not mind the hustle and bustle of a highly crowded tourist place will find it ideal for a week end. The tourist destinations at Agra start with the jewel of India - the Taj Mahal - a tribute to eternal love. Built with white marble and decorated with intricate designs, calligraphy and decorative motifs, the Taj is visited by millions every year. This monument to love was built by Emperor Shah Jehan in memory of his beloved queen Mumtaz. It is a magnificent example of the art and architecture of the Mughal period. Some other places of interest at Agra are Sikandara - The tomb of Akbar, Itmad-ud-daula the first marble structure built by Mughals in India and often called the baby Taj, Mehtab Bagh, on the opposite banks of the river Yamuna gives a fabulous view of the Taj Mahal, Dayalbagh temple, the holy place of Radha swami sect getting built for the last 100 years, Agra fort and its marvelous inner buildings are some of the most frequented places in Agra.

Fatehpur Sikri is situated about 65 km away from Mathura via NH 11 and Mathura Bharatpur link road. It is only 23 km away from Agra. This town of Akbar the great represents the spirit of Din-e-elahi, the secular way of life propounded by the great Mughal. It was founded in 1569 and remained the capital city of Akbar for more than a decade. It was abandoned in 1585 due to lack of water. The city was built to honour the Sufi saint Hazrat Saleem Chishti who is believed to have blessed Akbar with a son. The dargah of the saint inside the fort attracts hundreds of thousands of devotees even today. The famous Buland Darwaza, the Panch Mahal, the Birbal house, the mosque, the naubut khana are some of the beautiful buildings inside the complex. It is made of the locally available Sikri sandstone except the tomb of Saleem Chishti in white marble. 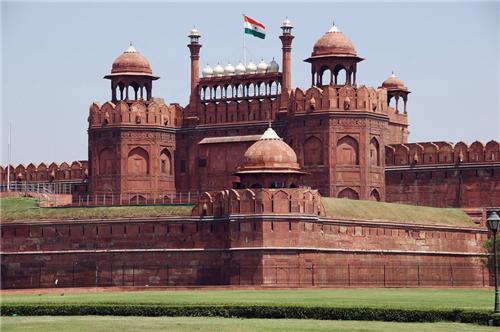 Delhi is only 164 km away from Mathura via Yamuna expressway. It is called the National Capital Territory also. It has a history of being inhabited since 6nd century B.C. Delhi has the distinction of being the capital of various empires and rulers of India. The city has innumerable historical and modern places of interest. It is difficult to visit all the famous Mughal, British and modern Indian monuments and architectural marvels just in one weekend. A planned weekend is desirable. The city state has some distinctly old and new attractions. Lutyens’ Delhi has the Sansad Bhawan, Rashtrapati Bhawan, Connaught Place and India Gate. The Mughal attractions like The Red fort, Salimgarh, the Jama Masjid, Humayun’s tomb and Purana Quila and the earlier monuments like Qutab Minar, Tughlaqabad and Jantar Mantar are some important places of the tourist itinerary. Delhi is equally famous for its shopping malls, old bazaars and centers for ethnic shopping like the artisans’ Delhi Haat.

Sariska National Park near Alwar, Rajasthan is about 168 km away from Mathura. It is a 3.5 hr journey via Alwar Bharatpur RJSH 14. The place is surrounded by the narrow valleys and sharp cliffs of the Aravali hills. It was declared a national park in 1979. It is 800 sq. km tiger reserve. The place is bigger than Ranthambore but less commercialized. Its camel safari, the medieval ruins of Garh-Rajor inside Sariska, the Kankwadi fort, a variety of animals like leopard, four horned antelope, macaque monkey, chital and Nilgai along with the famous tiger make it a unique experience. It has many comfortable places to picnic, move around and an overnight stay. It has the distinction of being home to the largest concentration of peafowl in India. A large number of crocodiles can also be seen in the Siliser Lake outside Sariska.

Keoladeo Ghana Bird sanctuary is merely a 41 km drive from Mathura via RJHS 14. This heavenly abode of migratory birds was once a personal duck shooting preserve of the maharaja of Bharatpur. The man-made wetland was created by building a bund at the confluence of the river Gambhir and Banganga on the natural depression in the topography near Bharatpur. It is one of the most important feeding grounds of birds in the world. The sanctuary has more than 230 species of birds. It is worth a visit not only for its avian wealth but also because of the other attractions. The preserve holds more than 370 species of flora, 50 species of fish and many a different kinds of lizards, snakes and amphibians. It is a World heritage site accredited by UNESCO. 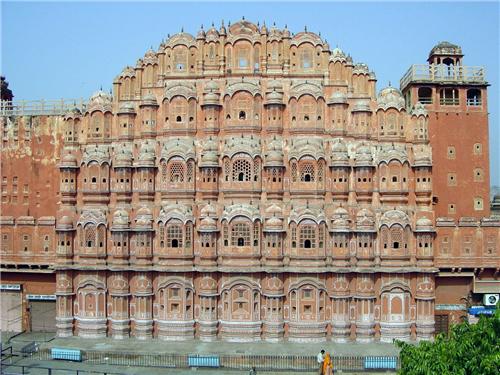 Jaipur is another favoured weekend destination around Mathura. It is only 222 km away via NH11. It is popularly known as ‘the pink city’ because all the frontal facades and buildings were painted in pink colour to welcome Prince Albert and Queen Elizabeth in 1876. The tradition has continued in modern time also. The city was founded by Sawai Raja Jai Singh. It is the capital of Rajasthan. Jaipur is termed as the first of the modern cities of India. It is divided into 6 sectors by straight wide roads and alleys. Some of the wonderful places to visit are Hawa Mahal in the palace quarter surrounded by gardens and a lake. The Nahargarh Fort was once the residence of Sawai Jai singh II. The wonderful astronomical structure of Jantar Mantar is a World Heritage site. It is the observatory built on the model of Delhi by Sawai Raja Jai Singh. It is the best kept astronomical monument today. The other places to visit here are The Amber Fort, Jaigarh Fort, City Palace, Jal Mahal, Rambagh Palace and Albert Hall Museum- the state museum of Rajasthan. Jaipur being a point in the golden triangle of the tourist circuit has good infrastructure for boarding, lodging and visiting its attractions.

Alwar is one of the prominent places of Rajasthan. It occupies an important place in the chequered history of Rajputana and is one of the developed areas of modern Rajasthan. It is an off-the-beaten-track destination that will not disappoint a weekend fun. Alwar is only 111 km away from Mathura via RJHS 14 and Bharatpur-Alwar road. It is just 55 km away from the famous Sariska tiger reserve. The majestic Alwar fort at 1960 m above sea level and 1000 m above the city of Alwar is a beautiful place to visit. The ruins of Bangarh still hold the mystery behind its sudden abandonment. The hot springs of Talvrakhsa hold the place of penance of Madhava Rishi. Bharathari temple belongs to the legend of king Bharathari who is the well known character in songs and poems of the sect of the name. The palace museum with an exhibition of rare swords of Muhammad Ghouri and Aurangzeb gives a glimpse of the majesty of the past of the area. 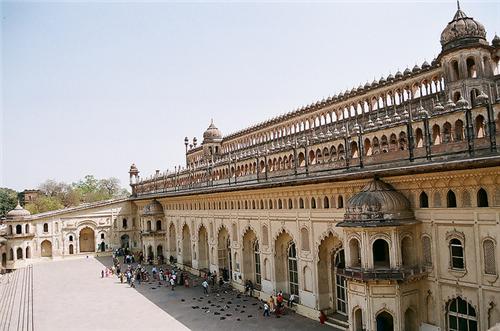 Lucknow is the embodiment of the sophisticated culture and etiquettes of the Nawabs of Awadh. It is often called the city of Nawabs. It is situated at a distance of about 394 km from Mathura via NH 91. It is the centre of kathak, nawabi culture and classical music prominently known as lucknavi gharana-the school of Lucknow. There are several architectural wonders to visit at Lucknow. The architecture of its famous buildings represents a mixture of Mughal and Turkish style. Bada and Chotta Imambara and Rumi Durwaja are some of the examples of that joint culture. La Martiniere, Shah Najaf Imambara, Dilkusha Kothi, Amjad Ali Shah Maqbara, Talkatora Karbala and Bhulbhulaiya are some of the tourist attractions of Lucknow.

Ranthambore National Park is a magnificent weekend getaway from Mathura. Situated at a distance of only 243 km via RJSH 1, the national park is a real treat to visit with friends and family. The park is spread over an area of about 390 sq km. It is known for its tigers. The safari through the park provides the rare look at the predator even in the day time. The preserve was once a private hunting ground of the Maharajah of Jaipur. It is today a very popular heritage site and tourist destination of Rajasthan. It holds the Mansingh and Kaila Devi sanctuaries inside the park area. 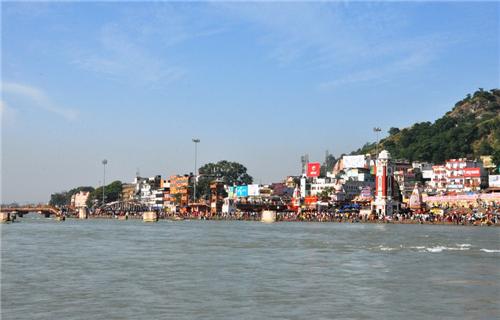 Haridwar is situated at a distance of about 489 km from Mathura. It is a hard drive of about 8 hrs. But once reached, it is worth the toil- especially for the religiously inclined. The city is the starting point of the sacred Ganges in the Indo-Gangetic plains of north India. It is considered to be one of the most important places of pilgrimage in India. It is believed that after the ‘Samudramanthan’ the elixir of life- amrit- was accidently spilled at Hardwar by Garuda. The place is famous for the ‘Kumbh’ fair being held at an interval of every 12 years. Millions of Hindus visit the fair with the hope of washing away their sins in the ‘Brahmkund’ and attaining ‘moksha- freedom from the cycle of birth and death. Haridwar is one of the 7 holiest places of the Hindu religion.

The religious circuit is for those who are religiously inclined. They can go around Mathura and get blessed treading the footsteps of Lord Krishna. They can visit Vrindavan merely 12 km away from Mathura. It is a magnificent place of holy temples associated with the worship of Krishna and Radha. A visitor will go take a dip in the Yamuna, participate in the Mangla Aarti at sunset and then come to the abode late at night after visiting the nearby historical temples. It will be a singular experience to visit Nidhi van, ISKCON temple, Banke Bihari and other temples the next day to come back to Mathura in the evening. Barsana is the birth place of Radha, the immortal consort of Krishna. Surrounded on all sides by small and big hills, it is a place to enjoy. Driving through MDR143 W and Govardhan road, the town of Radha Rani is only 47 km away. Govardhan is another place to visit and learn the mesmerizing exploits of lord Krishna. It is merely 22 km away from Mathura.